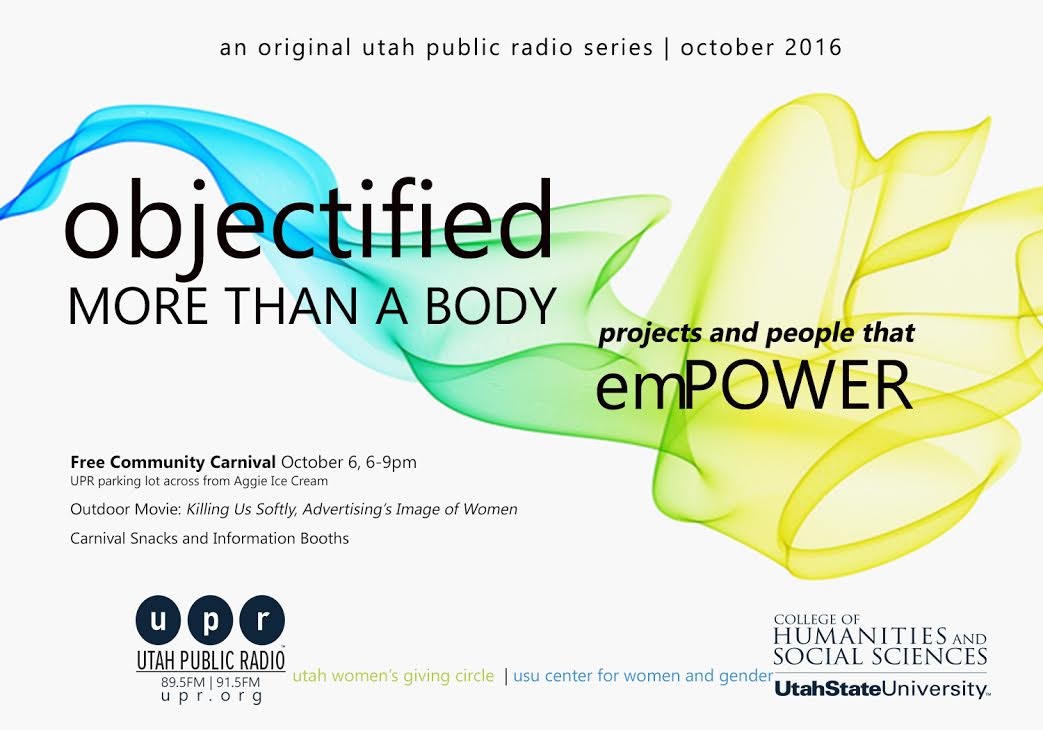 It’s no secret that women are called many names throughout their lives. They are catcalled. Labeled. Objectified. Too often, women experience objectification so significant that it impacts them negatively in the workplace, in the media, and at home. Too often, women don’t feel like “More than a Body.”

On October 6, 2016 from 6-9 p.m. Utah Public Radio will address this issue with a kick-off event showcasing an upcoming radio feature series, “Objectified: More than a Body.” Produced in partnership with the Utah Women’s Giving Circle, the Center for Women & Gender at Utah State University, and the College of Humanities and Social Sciences at Utah State University, this special series will air in mid-October.

In celebration of the segments’ production and broadcast, UPR invites the public to join the series’ producers, project sponsors, and community advocates in an insightful family-friendly activity with a carnival flair.

While the subject matter is serious, event organizers hope to likewise create an empowering, even joyful atmosphere as they advocate for women. Presenting the groundbreaking documentary Killing Us Softly, Advertising’s Image of Women, UPR will contrast the heavier topic of the documentary with decorations featuring the enlightened faces of women who recognize that they are more than a body. Carnival-themed refreshments will be served at no charge.